Euroscepticism as a Transnational and Pan-European Phenomenon

The Emergence of a New Sphere of Opposition 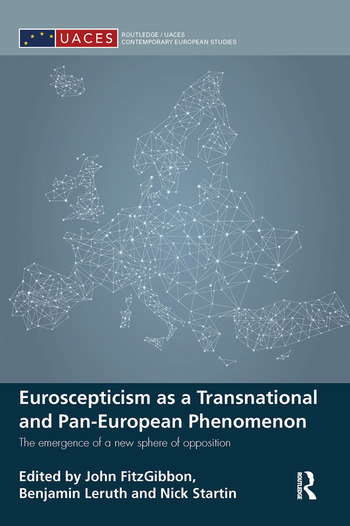 As the EU enters an increasingly uncertain phase after the 2016 Brexit referendum, Euroscepticism continues to become an increasingly embedded phenomenon within party systems, non-party groups and within the media. Yet, academic literature has paid little attention to the emergence of, and increased development of, transnational and pan-European networks of EU opposition. As the ‘gap’ between Europe’s mainstream political elites and an increasingly sceptical public has widened, pan-European spheres of opposition towards the EU have developed and evolved.

The volume sets out to explain how such an innately contradictory phenomenon as transnational Euroscepticism has emerged. It draws on a variety of perspectives and case studies in a number of spheres – the European Parliament, political parties, the media, civil society and public opinion. Examining to what extent the pan-European dimension of Euroscepticism is becoming increasingly influential, it argues that opposition to European integration has for too long been viewed somewhat narrowly, through the paradigm of national party politics.

This text will be of key interest to scholars, students and professionals in EU politics, European studies, political parties, and more broadly to comparative politics and international relations.